The magic ingredient to your safari!

CALCULATE THE COST ASK US FOR A QUOTE 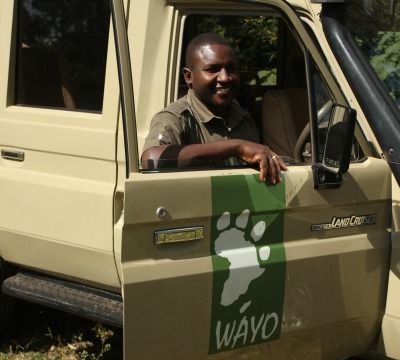 James has been a safari guide for over 14 years and has lived most of his life in Arusha. In 2008, he joined Wayo Africa as a safari guide and added his experience as a walking guide to the team. James thrives on the fact that every day is really different and he enjoys watching the ever changing faces of nature during each season – “it’s not like watching a movie, this is real!”

James' best safari experience was in the Serengeti, while he and his guests were patiently watching a cheetah. Suddenly a Thomson's Gazelle shows up, obviously unaware of the predators presence. The cheetah had a lucky day and didn't have to run far for its lunch. As the cheetah was feeding on the gazelle, it was fascinating to watch the vultures start appearing from 'nowhere’. Eventually the number of vultures were too much for the cheetah and they took over. Within less than 30 minutes there were just bones remaining. It just shows how patience in nature pays off.

"The amazing diversity of landscape and species makes a visit to Tanzania absolutely worthwhile. I am looking forward to meeting you and sharing some of the beauty of my country with you – maybe on an adventurous walking safari… karibu!"